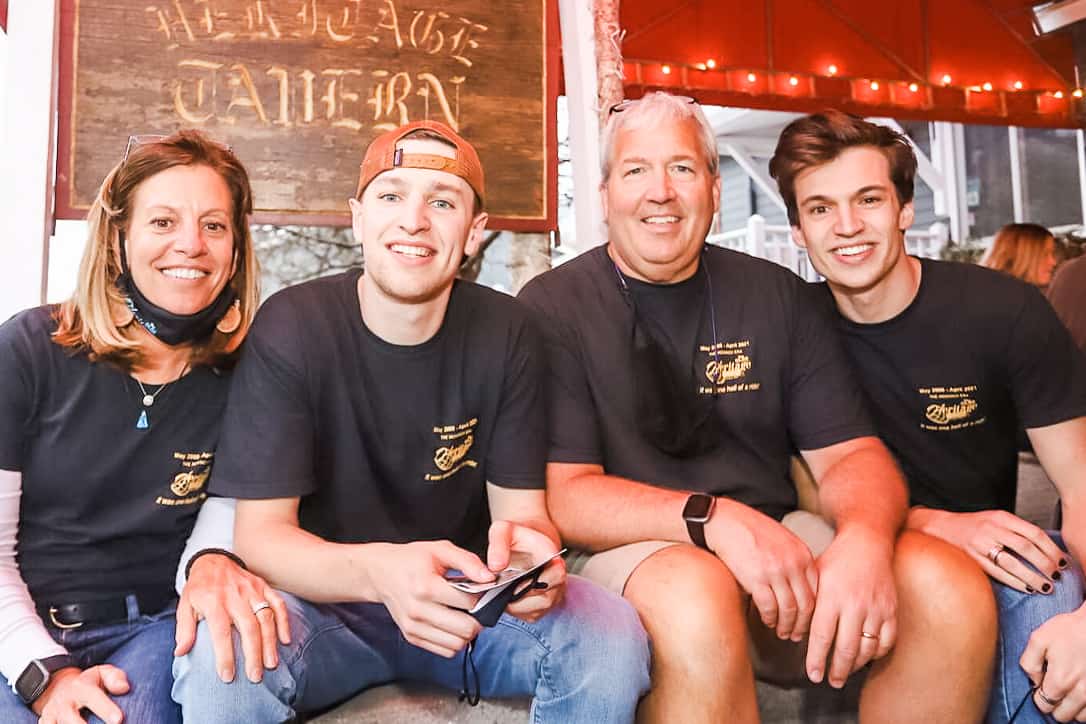 This was the philosophy of former Olde Heritage Tavern owner and Berkshire native, John McNinch—and it stood him in good stead for 21 highly successful years. Raised at the Eastover Resort in Lenox, hospitality is truly in John’s blood. As a young adult, he moved to Boston where he worked the restaurant scene, however, he took a break from the industry when he moved back to the Berkshires and became a buyer for KB Toys.

Now married with young children, John and his wife, Jackie, often remarked that there were no family-friendly restaurants in Lenox where they could bring the kids, and get a good meal and a cocktail at a reasonable price. So, they decided to create one! And here’s where that experience in the restaurant biz came in handy!

John purchased the Olde Heritage Tavern in 2000 from Andrew Anthony, who’d bought it in the mid-80s from Bob Flynn—the original founder of the bar in 1969. John worked for Andrew on and off over the years and he knew that it would be the perfect place to bring his and his wife’s vision to fruition. And thanks to John’s simple, no-nonsense philosophy, the Heritage has long been the “go-to” spot for locals.

“Lenox, plain and simple was how we felt. There was no pretense, and everything was like we had at home growing up. Prices were fair and our ‘locals first’ attitude was our base. We evolved from there.”

John sold the Heritage in the spring of 2021—and while the business itself may have changed hands, it is our mission to keep the spirit of the place the same. After all, why mess with a good thing?